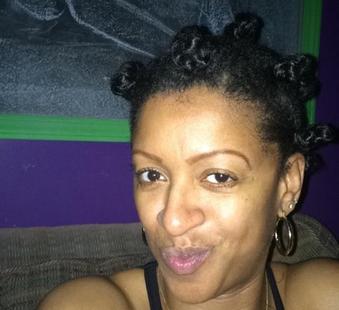 Who Is La Resa Edwards?

long after SHE leaves, questions remain. so let's nip this in the bud; Right now. holding ongoing or Continuous Physical Ascension Evidence is La Resa Edwards; GOD'S General, Only Legal Representative and closest human companion. SHE is also THE MESSIAH; Dominion Holder; protector over all Blueprint Earth; Fountain of Youth Discoverer and more. the mostimportant Reason for HER Existence is to prevent Human Extinction and forever establish HEAVEN on Earth; which SHE promises can be done in ten earthyears or less!

as you get to Know GOD, you will Find two things. one, yesterday's Numbers are based on 0; 1. and two, tomorrow 's Numbers are based on 0; 1; 2. since nothing solidifies Reality like ancient prophecy; GOD'S First OFFSPRING enters Physical Existence in earthyear seven zero and nineteen hundred on 12/10 @ ~8:30 a.m.. In 42 earthyears, SHE enters GOD'S Future on 12212012. 20 earthmonths past, SHE Physically Ascends on 08/21.

​her obvious Divine Task is to Bind Satan's Minion. and because all paths outside FORWARD lead to Rapid Death; it is imperative every Mortal Number Comprehend that Divine Order is The Only POSSIBLE Way.

in other words, THE POSSIBILITY of satan's future yielding GOD'S Future is 0%. so there is noSound Number Reason to GUARANTEE Immortality to yesterday's average Hopelessly Lost Citizen. therefore HER greatest desire for them is TIME; Peace and Prosperity.

yesterday's average Hopelessly Lost Citizen, be Legally advised. Widespread Mental Retardation forces trump and all Other Retards to keep circumventing that which cannot be Seen. and i've got news for you. a Metaphysical Diagnosis of GOD Disconnection doesn't mean GOD isn't Real. with that being said; for your own well being, Mandatory Submission to Peacemaker Leadership is NONNEGOTIABLE. no individual, group or entity is excluded!!

"I Declare Holy War against any minion of punk ASS satan! And my Presidential Candidacy represents GOD'S Hostile Peacemaker Takeover. by the way, any fool [still] believing Holy War is physical remains Hopelessly Lost. The Only Way trump or anyone else remains in Leadership is by providing written proof Hell is greater than HEAVEN!"

Your Government is F#cked

Immigration, THE PROBLEM That Can Be Cured